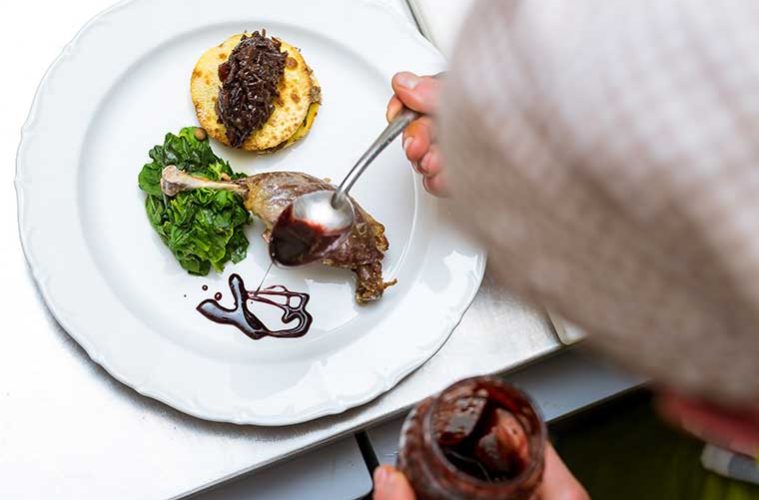 BBC’s latest cooking programme Britain’s Best Home Cook sees 10 cooks living together for eight weeks while they compete for the crown of the same name.

Britain’s relationship with food is well documented, and the experience of fresh-cooked fish and chips (salt and vinegar) eaten from its wrappings with a small wooden spork is not to be missed.

What great British dishes are commonly cooked at home?

A standard accompaniment to roast beef, this baked batter can be used for sweet or savoury meals. Traditionally it would have served as a trencher, filled with gravy and vegetables. Jam and cream or ice-cream makes a tasty dessert, perfect for using up any left-over puddings.

Whether you opt for the curly Cumberland, a gourmet like chorizo or a pile of chipolatas (they’re small), your sausages marry perfectly with piles of creamy mash made with butter and cream. Usually served with gravy any maybe vegetables, baked beans are a good alternative.

So called because of the noise it makes when it’s being fried, this is typically made from cold vegetables leftover from a previous meal, usually the Sunday roast. Chopped and mixed with mashed potato, then cooked until brown on both sides, bubble and squeak is a regular feature on brunch menus. Not bad for a humble dish that is rumoured to have come about merely because Monday was wash day and cooking time was scarce.

Not made of cottages, in the same way Shepherds’ Pie is not made of shepherds. Minced beef mixed with vegetables, topped with fluffy mashed potato is the modern version of the original cottage pie of the 1790s.

Cottage and shepherd (or shepherdess) pies have a mashed potato crust, which was a more affordable crop for 18th century rural workers.

Love to cook and write? Why not become a Food Pocket Guide contributor?