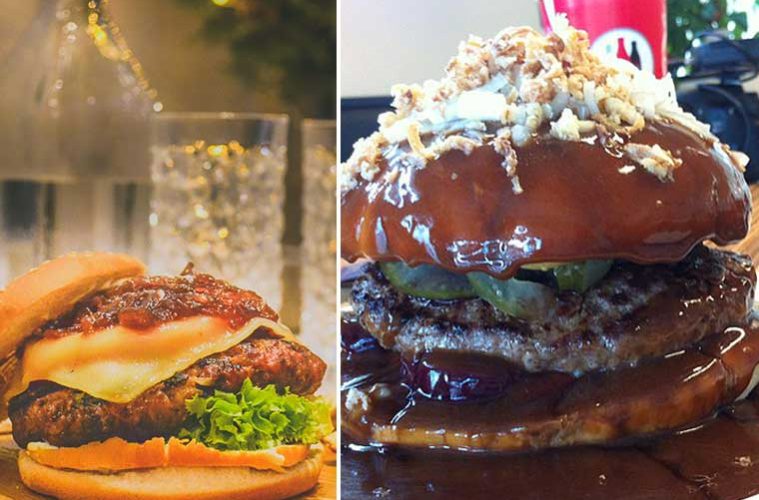 Burgers of the world

When you hear the word burger, it’s likely you imagine the good old all American beef patty, served in a lightly toasted burger bun, topped with sliced red onion and tomato, crisp lettuce leaves, and a generous helping if ketchup. Add a slice of American cheese, and you’ve got yourself a cheeseburger.

The burger first appeared in the 19th century and was made of pork, popularised by the demand for affordable food by a rapidly changing society, and there is “considerable evidence” to suggest that the US was the first country to serve ground beef steak sandwiches. However, international variations are evidence that every country has its own version of this famous fast food.

In Mexico, the hamburguesas mexicanas is entirely Mexican. Almost identical to an American burger, this version includes ham and cheese fried on top, and the traditional Mexican toppings of jalapeños and avocado.

In Canada, the hot hamburg sandwich is basically a normal hamburger topped with gravy.

Denmark’s BØFSANDWICH, or beef sandwich, is served with ketchup, mustard and raw, grilled and roasted onions. Some variations include added pickles, cabbage, beets and gravy.

In Australia and New Zealand, ordering a burger with “the lot” will result in a tower burger of epic proportions. In addition to the tomato/onion/lettuce toppings, expect sliced beets, pineapple, a fried egg and bacon. What a beaut!

China’s province of Hebei is famed for its speciality, the donkey burger, made from donkey. It’s traditionally served in a local flatbread with green peppers and the recipe dates to the Ming Dynasty when the people decided that donkey meat was preferable to horse meat.

For the ultimate all-American burger, we recommend a well-mixed blend of cheaper cuts of beef, twice-ground. Be gentle when forming the patty – patting overworks the meat and makes it tougher. Season the burgers for about 30 minutes before you cook them.

You don’t need to toast your buns, but if you like the texture, try spreading mayonnaise on the inner side before cooking.

Once you’ve added the salad (onions should be thinly sliced and in rings), it’s all about the sauce. Whether you opt for ketchup, mayonnaise, pickles or all three, it’s up to you.