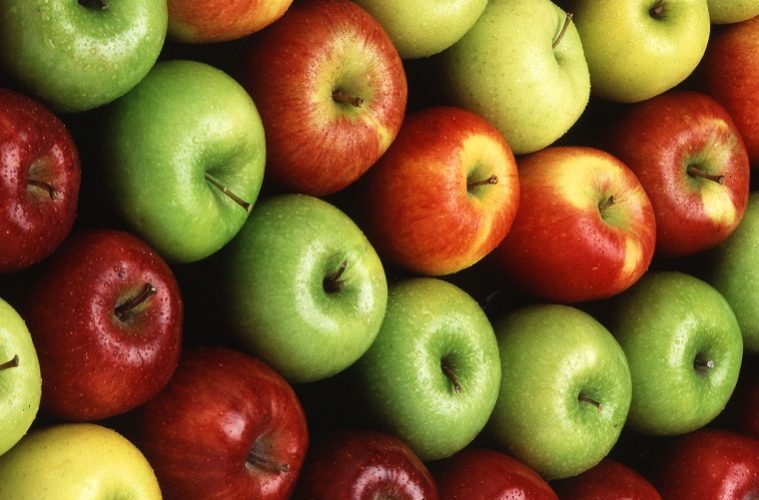 Apples have been linked to love and fairies for centuries.

It’s no coincidence that we go apple bobbing at Halloween: both water and the fruit are said to put you in touch with the fairy kingdom. The tradition dates back to Roman times, when it was believed the first young (unmarried) person to bite an apple bobbing in water would be the next to marry. Girls who placed the apple they bobbed, or those who take a bite from an apple at Halloween, and then sleep with it under their pillow, were believed to dream of their one true love. Peel an apple in one piece and throws it over your shoulder or head, it will fall in the shape of a future love’s initial. During the Middle Ages, fruit was used in love rituals due to the European belief it contained aphrodisiacal properties, and even Eve was said to have tempted Adam with an apple.

The apple probably originated in the so called “fruit forest” of Kazakhstan, the pips of the fruit being spread across Europe as the larger, sweeter fruit were selected by travellers passing through the area.

In 1854, the British Pomological Association was formed to test new varieties of this “universally esteemed fruit”. One of the most widely-known Victorian apples is the Bramley.

In 1857, an apple tree, planted from a seedling in a Nottingham family garden in 1809, was the donor for graftwood for a fledging nursery. The tree’s owner, Mr Bramley, not only provided nurseryman Henry Merryweather with a successful seller for his new business venture, but also lent his name to this world-renowned cooking apple.

Queen Victoria was known to love puddings, and this recipe is a classic from her reign. Apple Charlotte is a celebration of British apples, perfect for the autumn.