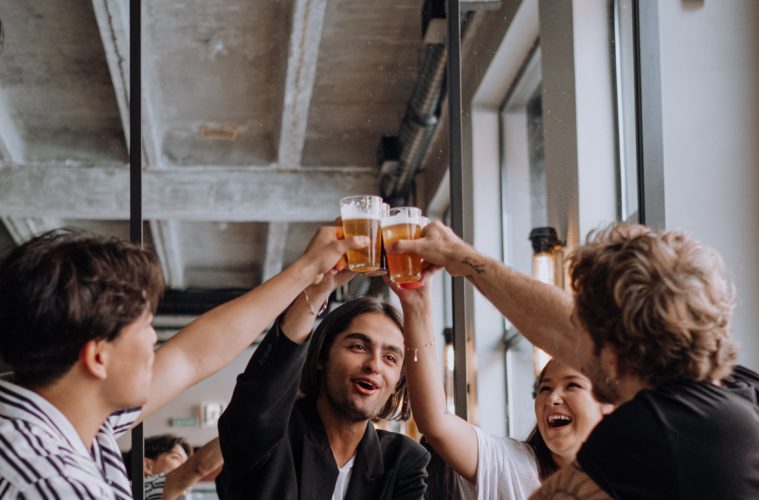 Why More Young People Are Cutting Out Alcohol

I think it’s fair to say that the UK has a bit of a reputation for its alcohol consumption. Binge drinking is a commonplace feature in student and party culture. Equally, many social activities in the UK revolve around drinking. Whether it’s taking a trip to the pub with your mates or bottomless brunch on a Saturday, you won’t struggle to find alcohol-serving venues.

Drinking is so embedded into the woodwork of British culture that if you opt for a sober evening, it often raises questions of why from your social circle. But choosing not to drink shouldn’t be a big deal, because in actuality, it’s not. In fact, it’s actually something more people should be opting for.

Drinking stats in the UK

According to Alcohol Change UK, “24% of adults in England and Scotland regularly drink over the Chief Medical Officer’s low-risk guidelines, and 27% of drinkers in Great Britain binge drink on their heaviest drinking days”. These are high enough stats for the impact of British drinking habits to be a cause for concern.

Heavy and binge drinking can lead to liver disease, increase your chances of a heart attack, stroke, some cancers and cause memory problems. And whilst those are the potential long-term consequences, there are numerous short-term concerns too due to alcohol’s intoxicating effects.

The young adults changing their behaviour

While a large chunk of the British population is attached to the fun drinking can offer, some young adults are paving the way for new attitudes towards alcohol. These behaviours have developed largely in those from ‘generation Z’, also colloquially known as Zoomers.

Nearly a quarter of these young people have decided not to drink alcohol at all. Meanwhile, many others are opting for low alcohol and alcohol-free alternatives.

For many, the consequent hangover from drinking has become a significant deterrent. This, combined with the affect it can have on your health both short and long-term, has fuelled decisions to cut down or cut out alcohol. And it seems that in most instances, these individuals are happy with their choice and hope to keep it up.

While drinking can be harmful, that’s not to say every person should feel like they have to go teetotal. Rather, we should all just strive to be more mindful of our alcohol consumption. The more you drink, the more you might want to drink more. But take a step back and ask yourself, why do I want this next drink, and do I need it? You just might thank yourself later.