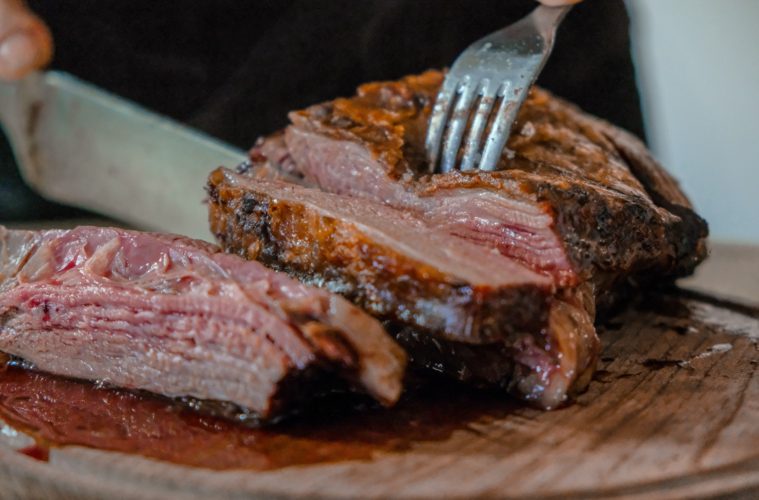 Could This Invention Save The Planet?

Lab-grown meat, officially termed cultured meat, is an upcoming item on the menu. As part of a growing effort to develop humane but genuine animal meat, alongside its potential benefits to the environment, cultured meat is an increasingly popular business and environmental venture.

Cultured meat is made artificially It’s made with the animal cells we usually find in our beef, chicken, fish and so on. This is done by extracting cells from living animals and essentially sticking them in a bioreactor and feeding them the appropriate nutrients for cell growth. It’s integral, however, that the bioreactor uses renewable energy, otherwise, it may lose its environmental benefits.

The food system production as it stands today is responsible for 35% of all greenhouse emissions, according to the Guardian. A staggering figure that highlights a need for systemic change. While the stats are conflicting about the mitigating effects of cultured meat on the environment, it undoubtedly has the capacity to be better for the environment than our current system of meat production.

Despite the potential of lab-grown meat, a significant proportion of the public are averse to it. Some are those who already don’t eat meat, deterred by associations with meat in any form. But also, meat grown in a lab is off-putting to some people.

But will this attitude stick around when the planet continues to deteriorate and lab-grown meat is rolled out? Many hope not, as they make arguments about the inhumane nature of meat production at present. Is meat grown in a lab really worse than mass animal slaughter?

I dunno, I would LOVE it if all ground meat products were made with cultured meat. I don't see it as gross at all. Honestly the pink slime thing a few years ago was way nastier, and it didn't stop people from eating ground beef. Gimme my cruelty-free nuggets and hot dogs!

Roll-out in the UK

Recent developments in this discourse suggests that the UK could become a leading figure in rolling out cultured meat. The UK’s departure from the EU has removed the need for passing through EU regulatory processes, an infamously lengthy side-effect of continental bureaucracy. However, the UK have not announced any plans to do so yet.

Concerns still exist around this innovation. Some researchers are calling on more independent research before proceeding with its commodification. One concern points out the intricacies involved in safely and accurately producing cells in a lab for human consumption. But no damning studies have vetoed the overall potential of this innovation. Providing it’s carried out with renewable resources, its benefits could be astronomical.

As opposed to meat alternatives, cultured meat contains the same nutritional benefits of livestock meat, without the health risks. The biggest obstacles moving forward for this industry derive from costs and consumer preconceptions. Cultured meat can be expensive to produce, potentially limiting its accessibility. And most importantly, its success is dependent on a willingness to consume lab-grown meat.

Ultimately, there is optimism that the potential benefits of this invention will wave goodbye to the livestock industry as it stands today. And it could just change the world.