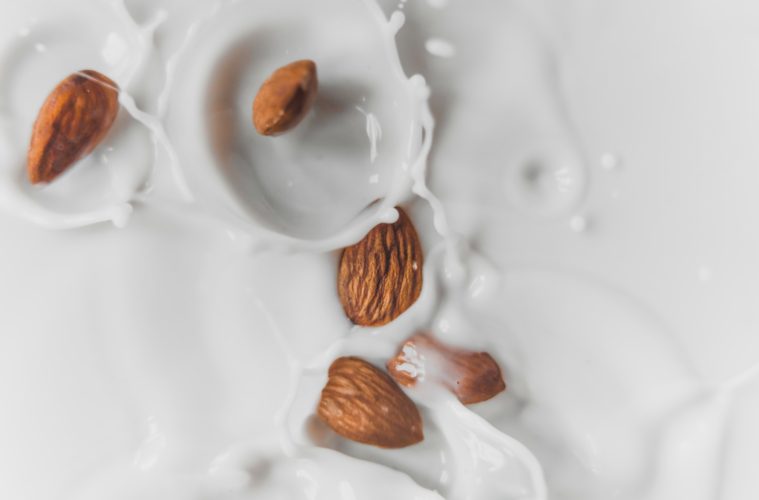 The Shops Are Really Milking It With All These Milk Options

Jokes have been made about how many alternatives to cow’s milk there are, but I don’t think it’s a bad thing.  Everyone likes to have options, right?  People have many reasons to avoid cow’s milk.  They could be allergic or lactose intolerant, vegan, have a restricted diet, or simply don’t like the taste.  Whatever the reason I’m sure you’ll be able to find an alternative to cow’s milk that you love.  Here are some options to get you started.

Rice milk is made by grinding down grains of rice and then filtering water through them.  It has a naturally sweet flavour and has a more watery consistency compared to cow’s milk.  So, while you probably won’t want it on your cereal, it is a good alternative to cow’s milk in desserts and to drink.  It also has double the amount of carbohydrates, so is good for lasting energy.  However, it’s not the best choice for people with diabetes or those on a carb-free diet.

Possibly the most well-known alternative to cow’s milk, apart from soy, almond milk is widely available in most supermarkets.  Almond milk obviously has a slightly nutty flavour and like rice milk is slightly sweet.  Being vegan it is a good alternative to cow’s milk, however people with nut allergies should be careful.  This milk is a great source of vitamin E, but overall doesn’t contain as many benefits as cow’s milk.  It has less protein, fat, and carbohydrates.  It also contains fewer calories which can be a positive or negative depending on your diet goals.

If you’ve eaten pizza chances are you’ve consumed this alternative to cow’s milk.  Buffalo milk is thicker and creamier than cow’s milk, containing more protein, fat, and calcium.  This means it has a rich flavour and a strong taste to it.  Buffalo milk is also a good source of vitamins and contains less cholesterol than cow’s milk.  Unfortunately, it is harder to come by than other milks and is more expensive.  However, if you like a really creamy milk it’s worth it.  Some people who are allergic to cow’s milk are able to drink buffalo milk instead, but buffalo milk contains more lactose than cow’s milk so it’s not a good option for people who are lactose intolerant-and love pizza.

With a popularity that rivals almond milk, soy milk is another alternative to cow’s milk that has become widely available.  It is produced from soybeans and has a mild but creamy flavour.  It’s extremely versatile and can be used as a substitute for cow’s milk in almost any recipe/dish you can think of.  As well as being a good source of calcium and protein, soy milk naturally doesn’t have any cholesterol.  It is also low in saturated fats−the unhealthy kind of fats.

Sheep’s milks is another alternative to cow’s milk that is high in calcium and protein.  Like almond milk it is also a good source of vitamin E, as well as vitamin B.  It also contains double the amount of unsaturated fats than cow’s milk.  As sheep’s milk is usually easier on the stomach than either cow’s or goats milk, it may be tolerated by some people who are lactose intolerant, but it depends on the individual. It is not suitable for anyone who has a milk allergy though.

Most people will know of coconut milk due to its use in many recipes, like curry.  This coconut milk is slightly different though, as it is more diluted.  Coconut milk has a sweet flavour like rice and almond milk, with the coconut flavour coming through subtly, almost as an aftertaste.  Out of all the non-dairy alternatives to cow’s milk coconut milk contains the least protein and carbohydrates, so is a good option for anyone looking to reduce their carb intake.  It also has half the amount of fats; however, the fats are saturated so are less healthy.  As coconuts are not actually nuts, this is a safe alternative to cow’s milk for those who have nut allergies.

So, these are six options you can try if you’re trying to move away from or can’t have cow’s milk.  All of them are tasty, but different milks have different health benefits.  So, it’s worth thinking about what is best for your diet, so you can choose the perfect milk for you.