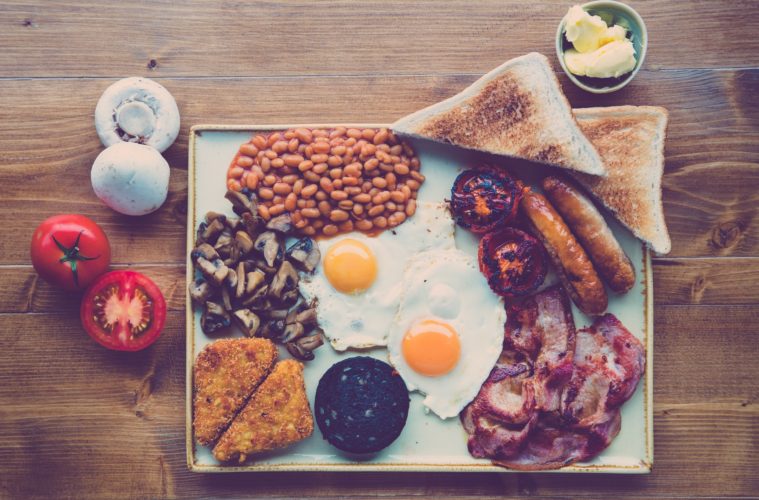 If you’re in Britain and want to try a classic British dish these are some of the most well known meals to try.

Toad In The Hole

Toad in the hole is a classic British dish made up of sausages in Yorkshire pudding batter, served with gravy (usually onion) and an assortment of vegetables.  It’s a perfect recipe to try out in the winter months when it’s a bit nippy as this dish warns your belly right up.  It’s also a favourite with kids as well as adults so makes a great family dinner.

There is nothing better than eating fish and chips on the sea front.  Who knew a simple piece of battered cod and chips could be so good?  Well, apparently lots of people.  Originally created by Jewish immigrants, this classic British dish peaked in popularity in the 1920s when there were as many as 35,000 chippies across the UK.  Even now there are still 10,500 fish and chip shops around.

This classic British dish dates back to the 11th century, specifically in Tavistock Abbey in Devon.  This is thought to be where the idea to pair bread with jam and cream came about.  Nowadays, afternoon tea generally consists of finger sandwiches, scones with jam and cream, and various cakes and pastries.  It’s enjoyed the most in spring and summer when the weather is warmer. There’s a national cream tea day that takes place in the first week of June every year

Possibly the most British meal around is the Sunday roast dinner.  This classic British dish first became notable during the reign of King Henry VII who used to let his royal guards eat as much beef as they wanted.  A traditional roast dinner generally consists of roasted meat (usually beef), roast potatoes and vegetables, Yorkshire puddings, gravy, stuffing, as well as sauces and other condiments.

If you want to start your day off right, with a full stomach and lots of energy, you’ve got to have a full English breakfast.  Another classic British dish, I like to think of it as the roast dinner of breakfasts.  A full English breakfast consists of bacon, eggs, sausages, beans, toast, tomatoes, mushrooms, and black pudding.  It can have extras like potatoes or hash browns too.

So, if you’re British and want to get back to your roots or from a different culture and would like to experience our cuisine, these classic British dishes are a good place to start.