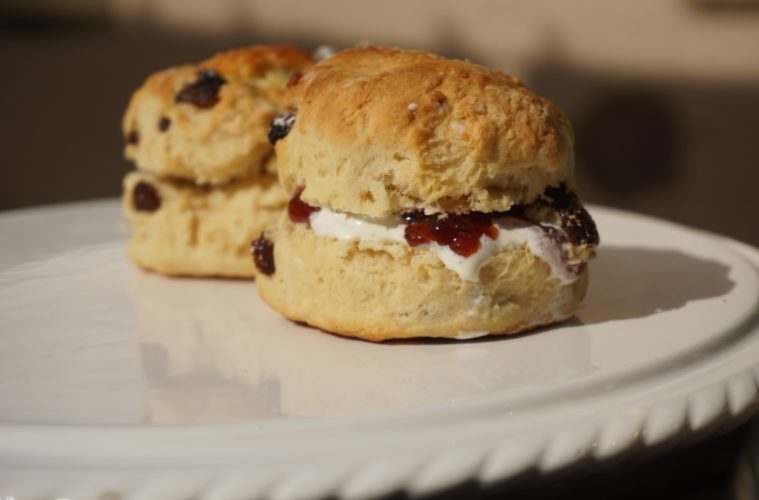 Having a lovely afternoon tea to catch up with friends and family is a great British tradition. (So much so that we even have a national cream tea day in June!) What is also a great British tradition is the contentious argument over whether the scones should be topped with jam and cream or cream and jam.  The debate has seemingly been going on since cream tea was invented in the 11th century, and the nation still can’t decide which is the correct way to eat scones.  Cornwall is vehemently jam first then cream, while Devon is adamant it’s cream then jam

Arguments For Jam And Cream:

Arguments For Cream And Jam:

Darren McGrady, a former royal chef who worked for the family from 1982 to 1993 tried to shed some light on the matter.  He revealed that the Queen, in fact, enjoyed eating scones the Cornish way i.e. jam and cream first.  He made a statement via twitter in 2018 saying that “The Queen always had homemade Balmoral jam first…with clotted cream on top at Buckingham Palace garden parties in the royal tea tent and all royal tea parties.”

However, this royal revelation hasn’t stopped the scones debate from raging any less fiercely.  Cornwall and Devon, and people throughout Britain, still argue over what is correct.  Even within my own family we have some jam and cream people and some cream and jam people.  This has raised some tensions at family gatherings.

Despite what the Queen says, it is thought that cream tea was invented in Tavistock Abbey in Devon back in the 11th century.  This is theorised to be the place where someone first had the idea to pair cream and jam with bread.  As it was conceived in Devon, would that make the Devon way of putting cream and jam on scones the correct one?

I suspect that this is a debate that is going to last for many years to come.  Even if scones become obsolete and are no longer considered a quintessentially British dish in the future, people will still argue about whether it’s jam and cream first or cream and jam.